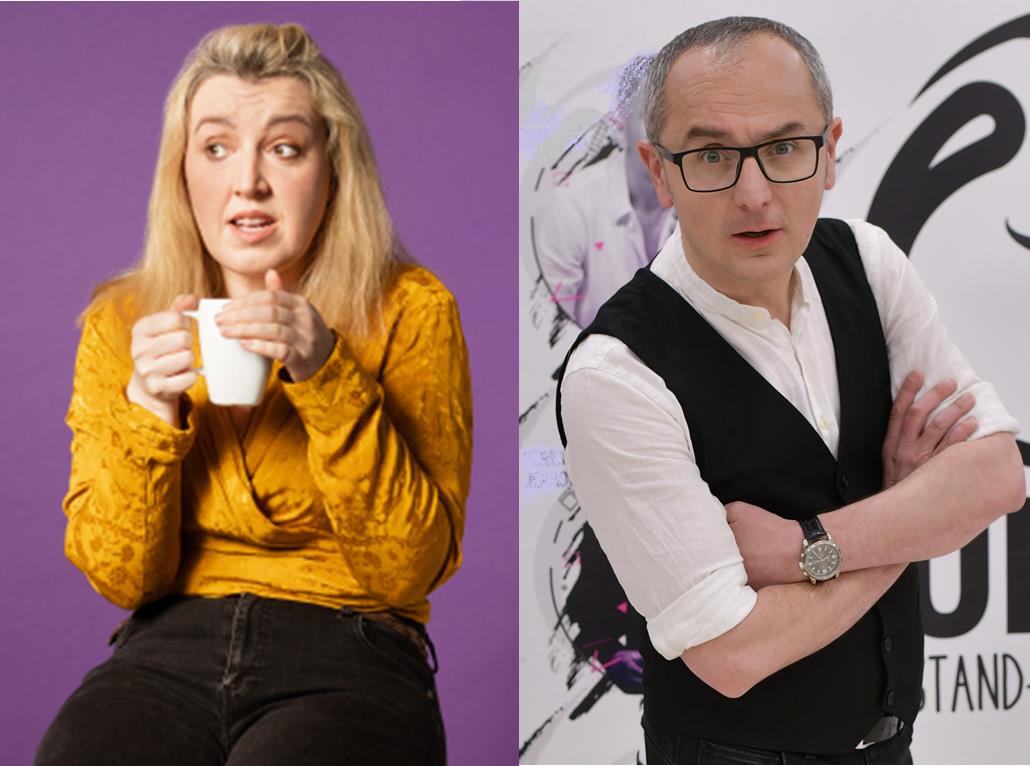 For this show we are delighted to welcome back one of our crowd's favorites....

Irish stand up comedian Eleanor Tiernan has a wealth of international experience, having supported Stewart Lee, Tig Notaro, Ardal O’Hanlon, Jason Manford, Jason Byrne and Reginald D Hunter on tour. She has been invited to perform at a multitude of top global festivals, including Just For Laughs in Montreal, the Melbourne International Comedy Festival, Kilkenny Cat Laughs, the Vodafone Comedy Festival in Dublin, Latitude and Glastonbury.

Eleanor’s stand up was featured on The Alternative Comedy Experience curated by Stewart Lee (Comedy Central) and was included in The Sunday Times list of Top Ten Female Stand Ups to Watch.

She has been a panellist on The News Quiz (BBC Radio 4), Where’s the F In News? (BBC Radio 4) and The Blame Game (BBC Northern Ireland) and has written and performed on the critically acclaimed political satire, Irish Pictorial Weekly (RTÉ), for multiple series.

Together with her, and for the first time at our show

The most international comedian from the Balkans, both the pioneer and veteran of their circuit. Since 2005 this guy has toured 40 countries (or 39 if you are a Serbian!) stretching from Vancouver all the way to Tasmania! His comedy special titled The Balkan Brain (globally distributed by the L.A. based Comedy Dynamics) is now available on the platforms such as Amazon Prime, Apple TV, Vimeo, Microsoft, Tubi, Google Play etc. His comedy? Pedja loves politics, but sex sells! One thing is for sure - at his show you will learn something from both fields.

Disclaimer: Local language version about his work is not nearly as sexy, as those people actually know him over there!