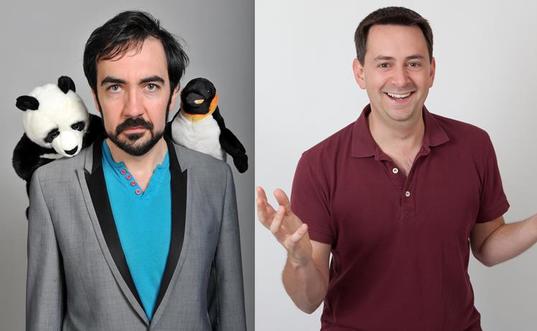 For our last show before the summer break we have another killer line-up!

‘One of the Ten Best Comedians In The World Ever’ - Stewart Lee.

As seen on Comedy Central’s “The Alternative Comedy Experience” and heard on BBC Radio Four’s “Andrew O’Neil: Pharmacist Baffler”, Stephen Carlin has gained critical acclaim and a growing fan base with his original, insightful material and his accomplished delivery.

​As always, Carlin’s art lies in his ability to quarry wildly original material from the most conventional of starting points. By taking run-of-the-mill observations and then applying his relentless but warped logic, he constructs towers of comic artistry. This married to his exceptional use of language and his brilliantly opinionated broadsides make for memorable routines. All skilfully delivered in his deadpan Scottish brogue. ​He is a regular at the  Edinburgh Fringe Festival most recently in 2017 with his solo show “The Rise of the Autistic”

​His writing credits include the Now Show and the Newsquiz and he is the author of a Comedy Blog, which hilariously exposes the many facets of a life lived in comedy.

Philip Simon is one of the most sought after comperes and opening/closing acts working on the UK comedy circuit today.  He also has a broad experience of International gigs, performing in the US, The Middle East, Europe, and New Zealand, where he headlined at The Classic in Auckland.

​As well as working as a rehearsal guest on BBC TV’s Mock the Week and Taskmaster for Dave, Philip has written sketches for BBC Radio 4 Xtra’s Newsjack and The Canal Cafe’s Newsrevue. He is in high demand as a regular contributor of material to other comedians on the circuit, as well as writing speeches for corporate and social functions.

“Philip Simon is never less than hilarious” – The Stage