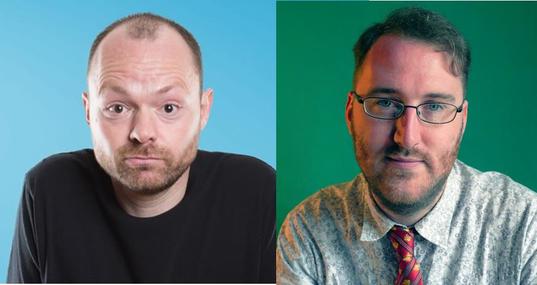 We are back after summer break, and we are very happy to start the season with two comedians that’ll perform in Brussels for the very first time, Will Mars & Sean Morley

##Will Mars Brilliantly self-deprecating stand-up, Will Mars, is fast making a name for himself as a down-at-heel, yet lovable international star.

Top 50 Best One-Liners from the Edinburgh Fringe 2017: The Scotsman

Whilst living in New York for the past few years, the English Comedian of The Year Finalist, has earned notoriety from his peers and audiences alike in both live comedy clubs as well as on air where he made his TV debut on Fox’s Showtime at The Apollo.

“Damn that dude is funny!” Steve Harvey, Showtime at the Apollo (U.S.)

Will is also the creator and producer of the hit show, Joke Thieves. This is the hilariously funny improv-style show whereby Will challenges top comedians to perform their own jokes and then each other’s! This has been made into a pilot for BBC 2 and has toured across the world from the US to Australia.

“punctures an expectation and implies a whole bizarre reality in only 12 words” Brian Logan, The Guardian

“Mars’ pithy observations are sharp and on point” Broadway Baby

##Sean Morley Sean Morley is one of the most original voices on the UK circuit. A fresh, bold and absurd performer who is desperate to escape England and find friendship on the continent.

“Giddily hilarious. And he told not one joke” Vibrations Magazine

“Setting the bar for alternative comedy” Our Favourite Places