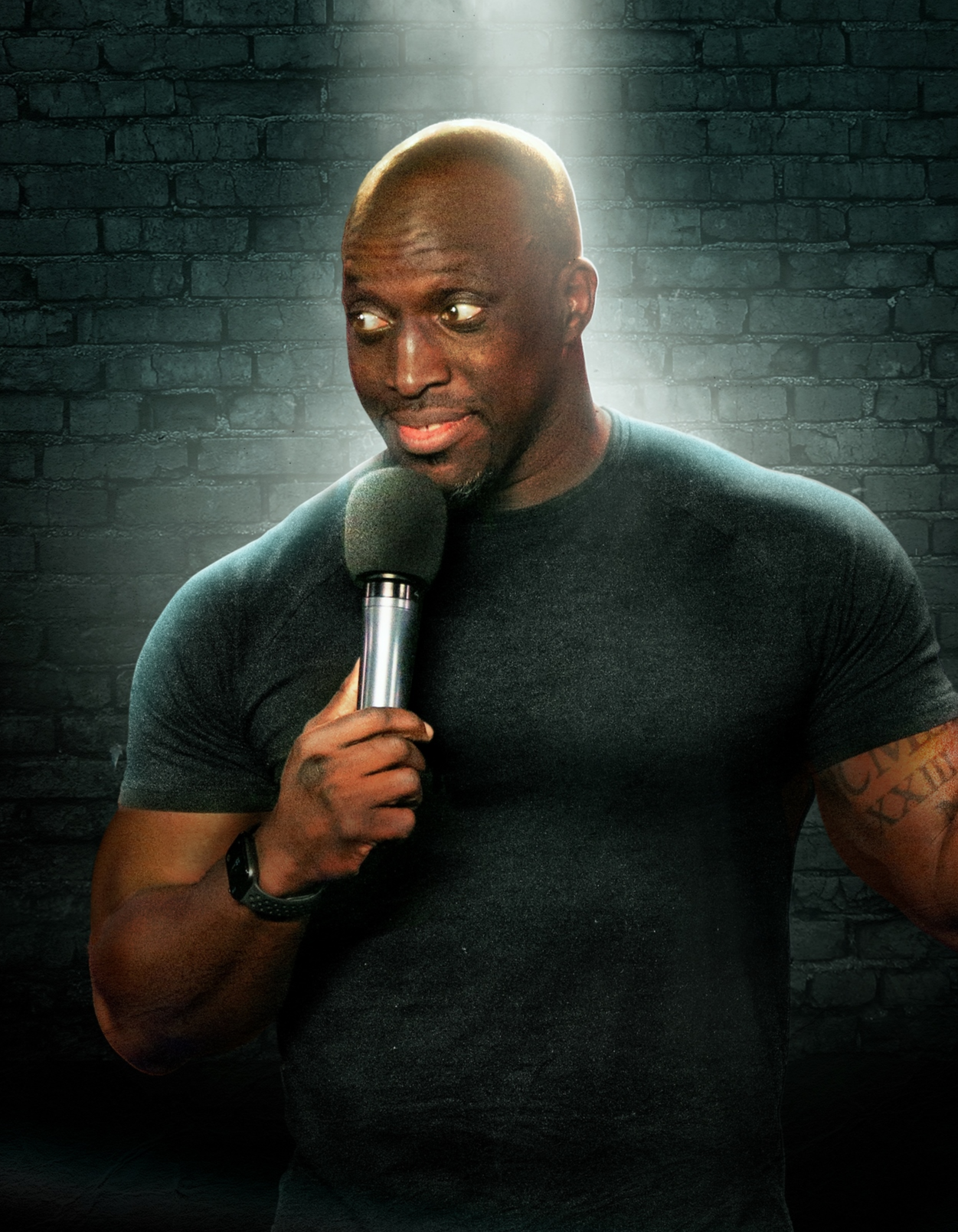 We are delighted to welcome new comedy sensation Emmanuel Sonubi for his first performance in Brussels!

Emmanuel’s humour comes from his years as a bouncer, where he spent most of his time watching people at their best but also at their worst. Reliving unbelievable anecdotes from times he worked at some the swankiest clubs in the world, looking after celebrities and the nights working at some of the scariest clubs you can think of. Having to adapt to all these scenarios on any given day has really made Sonubi see the world differently.

Sonubi has only been on the comedy circuit for what feels like five minutes and he’s already garnering himself a reputation as one to watch out for! Having gone from open spot to closing BBC’s ‘Live at the Apollo’ in an incredibly short space of time. His comedy career only started at the end 2015 and has since become regular favourite at the Comedy Store London, the MECCA of the UK comedy circuit. He has also performed at many of the largest clubs and festivals including Altitude Comedy Festival in Austria, The International Comedy Festival in Rotterdam, Comedy Central Live, Camp Bestival, Download, Kendall Calling, Tramlines, Y-Not and at Glastonbury Festival in 2022 to name a few.

Emmanuel made his TV debut on Comedy Central UK and was recently on Live at the Apollo (the highest rated show of the series) for BBC, The John Bishop Show for ITV1 and in the Stand Up Sketch Show on ITV2.

‘Live at the Apollo” https://www.youtube.com/watch?v=fe9xqYAs2_g</wbr>

Support act to be announced