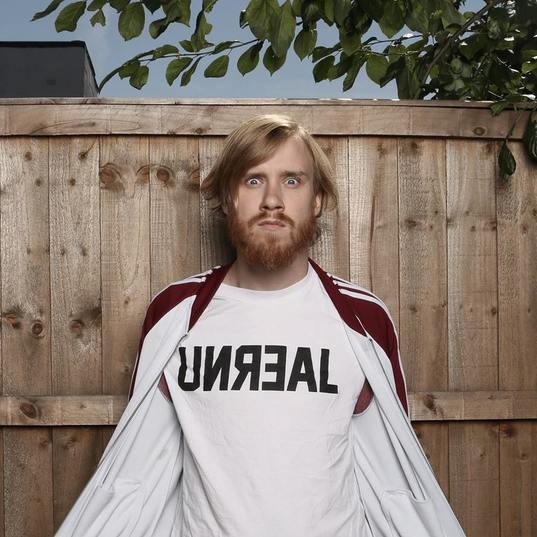 One of the craziest acts on the circuit is back in Brussels with his new show! Get ready for something spectacular with the one and only Bobby Mair!

Canadian stand-up Bobby Mair has taken the UK comedy circuit by storm, recently supporting the likes of Bill Burr and Doug Stanhope on tour. He co-starred in his first comedy series for VICELAND, Bobby And Harriet Get Married, alongside the love of his life, Harriet Kemsley.

The show follows the pair’s hilariously dysfunctional journey towards their impending marriage – find the trailer for this HERE. Bobby is a series regular on C4’s World of Weird and is roaming reporter for RT’s satirical political show Sam Delaney’s News Thing. He hosted and wrote The Bobby Mair Show for Comedy Central online which was commissioned after his huge viral success on KSI:Demolished. He is also a seasoned panellist on C4’s 8 Out of 10 Cats, BBC Two’s Never Mind The Buzzcocks, E4’s Virtually Famous, BBC Three’s Sweat the Small Stuff and ITV 2’s Safe Word, and has performed on Russell Howard’s Good News.

He notably took time out to troll Julian Assange, which attracted international press interest. He went toe-to-toe with Katie Hopkins after he donated his appearance fee from his booking on TLC’s What If Katie Hopkins Ruled The World, to causes he knew she’d hate. The deed did not go unnoticed by Katie and her cohort, and accumulated over 500,000 hits on YouTube, a figure far exceeding the number of viewers who watched the original TV series. Bobby is also currently recording a brand-new podcast with Bob Fletcher about ‘The Croydon Cat Killer’.

Peter Flanagan is an Irish comic and writer living in London. He has performed at clubs, festivals and competition finals all over Ireland, the UK and Australia, including the Vodafone Comedy Carnival and Vodafone Comedy Festival, and the Edinburgh Fringe.

“Been rocking Dublin audiences for the past few years. If you like one-liners, this guy is for you.” – Aidan Bishop, the International Comedy Club Dublin.