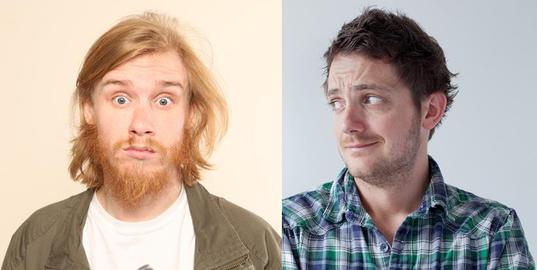 Dana Alexander is currently one of Britain and Canada’s hottest emerging young comedians – her style has been described as smart, irreverent and revolutionary Dana Alexander began her career at the age of 18 years old in Canada, before long she began touring nationally with Yuk Yuk’s Comedy Clubs and completed 5 television galas and a handful of radio spots for CBC and Sirius XM.

In 2011 Dana made a move to the UK where she premiered her one woman show at The Edinburgh Fringe Fest. After rave reviews and several nominations including “Best Comic” and “Best International Act” from Chortle and Black Comedy Awards.

It was not long before she began working in television on BBC programs like Russell Howard’s Good News and Edinburgh Comedy Fest in 2012 and featured on The Culture Show in 2013 for BBC 2. Dana continues to tour within in the UK and Internationally in more than 23 countries including Switzerland, Croatia, France, Norway, Serbia, Bahrain, Seychelles, Hungary, Malta, South Africa and Holland. As well as for the British Troops. A must see Comic.

Refreshing and Fearless. Her comedic style has been described as ‘smart, irreverent and revolutionary’. Currently one of Britain and Canada’s hottest emerging young comedians, Dana quickly became a regular fixture on the Canadian Comedy circuit, resulting recently in her own half hour comedy special on the country’s number one Stand-up show Comedy Now and Top 10 Comedians 3 years running by NOW MAGAZINE. Dana draws her material from raw life experience with an original and hilarious outlook.

After studying Stand up with some of the renowed teacher in the field as well as improvisational comedy and clown, Xavi won several national comedy awards. He created and performed in three theatre productions - ‘Monologos Paralelos’, ‘Crazy Funny Comedy’ and ‘Men As Atrua’, all three of which enjoyed runs of over two years with great audiences and to critical acclaim.

Xavi then decided to perform in English and this has taken him all over the Europe and beyond, with shows in USA (including Gotham NY), England (including Comedy Store London), Ireland, Croatia, Bosnia, Slovenia and Holland. Most recently Xavi has written and produced a new show called ‘Records & Guiness’, telling us about the world, and sharing some unbelievably true facts and weird news stories, all from his uniquely funny point of view. He has also been hosting Comedy Central Specials and acting as Master of Ceremonies for some major events in Spain.

Come along and enjoy one of the funniest and craziest comedians in Europe, and set your own Guinness Record for laughter.