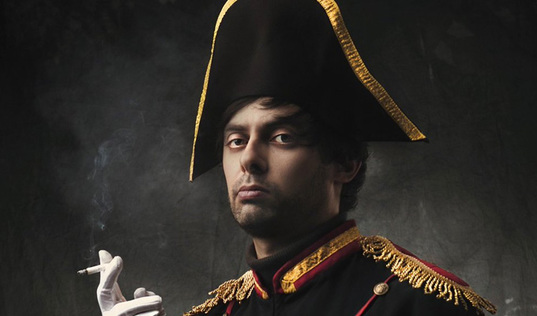 A superstar line up for this show!

Marcel Lucont is the multi award-winning laconic Frenchman whose dry wit, bawdy chansons and exquisite sex poetry have made him a star from Roubaix to Melbourne and back again. He was a series regular on two series of BBC3's Live At The Electric, as well as appearing on Russell Howard's Good News (BBC3), Set List (Sky Atlantic) and The John Bishop Show (BBC1).

He has performed several sell-out runs in Perth, Melbourne, Adelaide and New Zealand, where he has also appeared on The New Zealand Comedy Festival Gala (TV3) and 7 Days (TV3). A stalwart of the Edinburgh Fringe, he was awarded the Amused Moose Laughter Award in 2012. Marcel is also the author of the hit book What We French Think of You English and Where You Are Going Wrong.

"Fresh, accesible and hilarious" The Guardian

Nigel Williams is one of the most famous standup comedians in the country. He is British but gained a huge success performing in Dutch. He has several sold out tours under his belt, and released a couple DVD's as well. He's a regular on TV shows and performs in all the major venues. Not the politically correct kind, but definitely one of the best comedians around.  A must see!