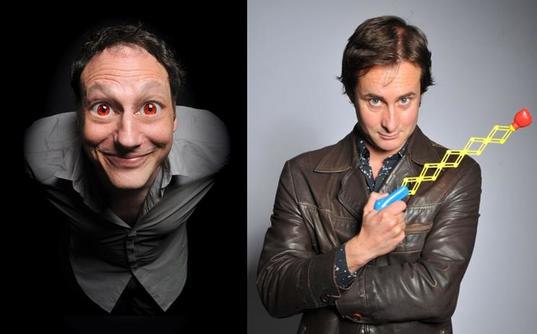 Carey Marx in Brussels, at last! It’s been a while we were trying to get him to perform at The Black Sheep! Together with him, returning Northern Irish man Paddy Lennox whose last performance in Brussels was sooooo brilliant!

Carey Marx has been a circuit favourite for years, mixing his own blend of dark humour with his mischievous and gleeful delivery. His willful disregard for the controversial and delicate is tempered beautifully by his ability to find joy in the most unexpected places. This hilarious mix of edgy topics and playful gagsmithery can be seen at all the top clubs across the country with Marx regularly playing Jongleurs, Komedia and The Comedy Store and annually compering Reading, Leeds and Glastonbury Festivals.

Carey has taken shows to numerous Edinburgh Festival Fringes. His most successful festival being 2013, in which he took his new show ‘Intensive Carey’. Carey received an incredible eight 4 and 5 star reviews for his show concerning his ill health over the last year.

“The blackly comic, deeply personal story about his brush with mortality had provided Marx with material which perfectly suits his line in smart, shocking humour.” The List **

“…Sharp, sweet, cheeky, cynical, romantic and rude as he ever was. Rarely is cardiac failure this funny.” Chortle **

“This is a brilliant, deeply personal performance… A brush with death really shouldn’t be this funny.” The Scotsman **

He has worked at The Shakespeare’s Globe Theatre with Mark Rylance, slipped off this mortal coil in Holby City and been pulled faces in many television commercials across the EU.

Paddy earns a crust on the UK Comedy Circuit and plays all the great clubs: The Comedy Store, Jongleurs, The Glee Club, The Stand, Barnstormers and many other clubs.

He lives in Hertfordshire and runs The Great Dunmow Comedy Club.

“A scream…” The Telegraph

​Paddy Lennox, who not only does a great job rousing the audience but whose gentle Irish lilt belies a mischievous sense of humour. Comedy the way it should be: a laugh-a-minute which leaves the audience wishing the show was just a little bit longer. Fest Mag