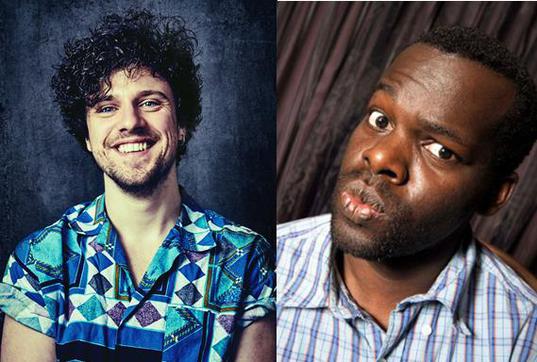 Daliso began his comedy career in Canada with the acclaimed one man show ‘Feed This Black Man’. Following this, he began honing his craft in comedy clubs across Canada. Highlights included appearing on the Trans Canada Comedy Trail TV show and perfoming a One-Man character comedy about a torturer entitled ‘Incisions’.

Before leaving Canada Daliso appeared in the 2005 Just For Laughs Comedy Festival soon moved to England. He regularly appears in comedy clubs and theatres across the around the world.He has been part of the Melbourne,Edinburgh, Singapore and Cape Town Festivals. In 2011 Daliso Chaponda grew frustrated with the fact that he was better known outside Africa than so he began a project called ‘Laughrica’.

He launched a one man show in Malawi and followed it up with appearances in Zimbabwe, South Africa and Nigeria. In addition to Stand up Comedy, Daliso is also a prolific fiction writer. He has published science fiction, murder mysteries and fantasy fiction in numerous magazines and anthologies. In 2002 he was a finalist in the L. Ron Hubbard Writer’s of the Future Contest and in 2006 he was short listed for the Carl Brandon Society Award. Recently, a play he cowrote aired on BBC Radio 4.

“Quite simply the future of British stand-up”

Alfie’s firebrand style of comedy has been forged from years of pushing boundaries and experimentation.

Natural stage presence combined with explosive material makes for a thrilling performance every time he hits the stage.

Constantly evolving and striving for ways to innovate, Alfie can move from hour-long idea driven shows to tight sets in various clubs effortlessly.

His material touches on introspective thoughts and considerations of the human condition as well as broader observations on social-political issues. All done in an accessible and hilarious way.

An assertive, acerbic and compelling voice, Alfie has garnered critical acclaim throughout his career and continues to grow a fan base here and throughout Europe. With the benefit of being a young act with years of experience the future is bright for this phenomenal talent.