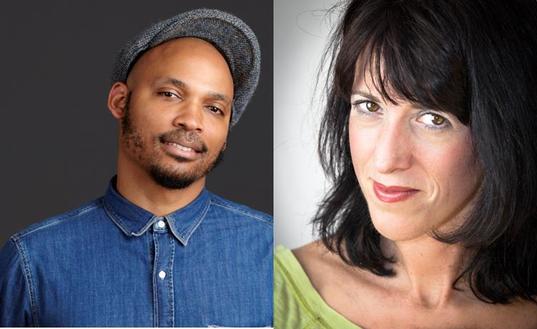 We’re back after Summer break!
We are very happy to open the new season with headliner Sally-Anne Hayward, who granted us with a great performance in March. Together with her, Nico Yearwood, performing in Brussels for the first time.

Sally-Anne Hayward combines the things you shouldn’t like about your best friend’s mum with the sensibilities of Jack the Ripper.  She has performed all over the world and has provided tour support for Sarah Millican, Russell Howard and Russell Kane.

An accomplished radio presenter with stage and TV acting credentials (‘Absolutely Fabulous’ BBC, ‘Why the Long Faces’ Square Donkey Productions, and TV warm-up for ‘Deal or No Deal’ Channel 4), Sally-Anne’s confident persona and quick wit have rapidly made her a much sought-after comedian. She’s a regular compere at Glastonbury Festival, and a keenly anticipated turn on the UK comedy circuit.

Sally-Anne is an award-winning comedian (Holsten Pils ‘Fans of Comedy’ award) and a sought-after corporate performer (with clients including Orange and Alcatel). Chortle praised her “bubbly stream of comedy anecdotes” and “butter wouldn’t melt in her mouth” style. BBC London Live simply called her ‘fabulous’.

Nico’s laid back, easy going style means he is at home on stage both as an act and a highly sought after MC. He has travelled all over the world performing in shows from Scandinavia to Eastern Europe to Wetwang in Yorkshire. Nico’s charisma gives him license to handle more controversial topics that other comedians might shy away from.

His upbringing in Barbados allows him to present a unique and hilarious perspective on sensitive topics such as race, religion and gender, all the while with a glint in his eye that puts the audience at ease and laughing out loud. Nico left Barbados in 2006 to study finance in the UK but soon realized his calling was not to be sat in a cubicle staring at spreadsheets. Following a trip to a comedy club he decided to give it a go himself and he hasn’t looked back since.

Having rocketed through various new act competitions and fast becoming a regular presence on the London comedy circuit, Nico is now one of the regular MCs at institutions such as Top Secret Comedy Club and Angel Comedy. He is the first Bajan to do paid spots at The Comedy Store and also gigs for The Glee Clubs, Up the Creek, Comedy Cellar, Crack Comedy, Camden Comedy Club, Jongleurs & Backyard Comedy Club.

‘One of the most natural comedians around at the moment, strong material and very likeable.’ - Adam Bloom

‘Nico’s relaxed style and fluent delivery means he gets away with lines others could only dream of. Very funny’ - Matt Hambly, FHM