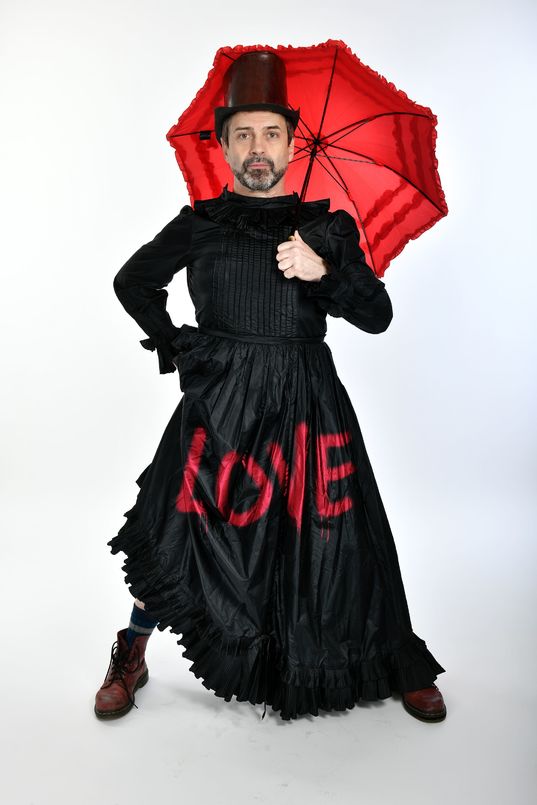 PHIL NICHOL - TOO MUCH

Phil Nichol is finally back in Brussels, this time with his new show Too Much

The planet is messed up, society has devolved, mankind is hopeless, vegans are right, you can’t punch a facist, the left are self-righteous morons, everyone is a selfish prick, I’m a bleeding hypocrite. It’s all too much. Too much.

Ask yourself this, what kind of person ends up

-Naked on The Weakest Link?

-Arrested for quoting Derek and Clive on a Virgin Train?

-High on Ecstasy in the back of a police car in Lancaster?

-With his nose broken by a Royal Marine in Thailand?

-Listening to his 90 year old mom tell him how madly in love with his father she is?

Following on from the success of his internationally acclaimed hit show Your Wrong, Too Much takes an unflinching look at aging, recognition, mental health, values, norms, patience, everything and conkers. Expect riotously uncomfortable anecdotes and oversharing delivered in Nichol's unique live-wire style.

As a very special guest for this show, we are delighted to have our favorite dutchman back as well, Edo Berger.

Edo hails from Amsterdam. Edo eats everything and loves children. His favourite primary colours are red, yellow and blue.

Edo Berger won several Dutch comedy festivals before expanding to performing in English. He also does a weekly musical radio column and made a documentary about the comedian’s love for anecdotes about horrible comedy gigs, called Dictator of Comedy.