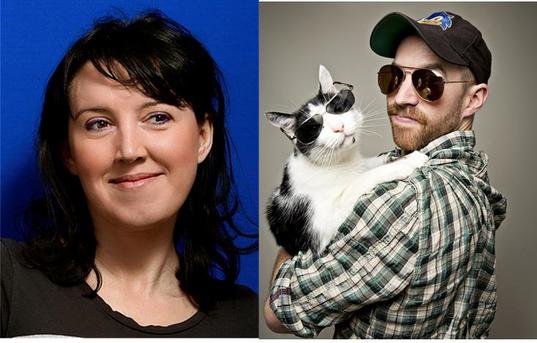 On this show we have two heavy weights of the comedy circuit performing in Brussels, check them out!

Eleanor Tiernan is an Irish comedian well-known among Irish audiences for her live stand up performances and her work in TV, theatre and on radio. She was featured on Stewart Lee’s Alternative Comedy Experience on Comedy Central and has played Latitude, Glastonbury, Montreal Just For Laughs and all of the top Irish comedy festivals.

“Tiernan boasts a magnificent curl in her lip and snarl in her voice.” SUNDAY TIMES
“Tiernan has a uniquely oblique angle on the word, and her routines have a touch of whimsy while grounded in astute observation. It means her set sounds fresh and original, without being so wilfully strange it will alienate all but the most dedicated followers.” CHORTLE
“Eleanor Tiernan is far and away the best comic actress I have seen on stage.” HOT PRESS IRELAND
“The fastest-rising comedy talent in the country” IRISH TIMES

Aussie boy Damian Clark burst onto the UK comedy circuit in 2012 where his high-octane observational stand up has certainly caused some waves. Clark’s infectious energy and childlike outlook has had audiences in hysterics from the get-go and was snapped up immediately to appear on BBC3 & Comedy Central.