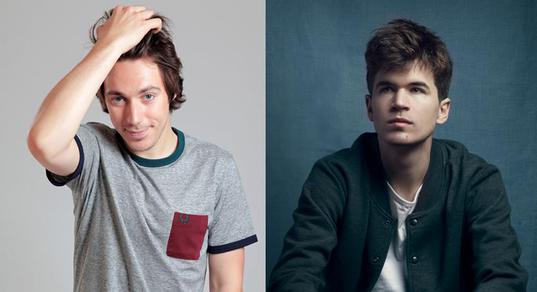 Apologetic Eton and Oxford alumnus Ivo started stand-up in 2009 at the age of eighteen and eight months later became the youngest ever winner of the prestigious “So You Think You’re Funny”-award for new acts at the Edinburgh Fringe.

Since graduating three years later he has become a regular fixture in the clubs and theatres of the UK circuit, with a gauche charm and crafty, self-aware wit which has proved a hit with audiences of all ages, and led to appearances on multiple TV and radio shows including Live At The Apollo, Mock The Week, Comedy Central At The Comedy Store, As Yet Untitled, Live From the BBC and Fighting Talk.

He has also written for various other TV comedy shows, as well as his own sitcom projects in development with Big Talk Productions and the BBC.   His three solo stand-up shows have enjoyed sell-out runs at Edinburgh and London’s Soho Theatre, and he will be returning there and elsewhere to perform his fourth hour in 2017. As the Evening Standard put it, ‘if you like your comedy with long words and beautiful linguistic flourishes, buy a ticket immediately’.

He’s finally back in Brussels!

Tom has been performing live stand-up for the last eight years – with three Edinburgh solo shows under his belt – and has been the host of his own TV, radio and online shows on BBC2, BBC Radio1 and YouTube football channel Copa90 – where his Eurofan escapades have notched up over 1 million views.   Tom has made guest appearances on BBC2’s The Rob Brydon Show, Dave’s One Night Stand and ITV2’s Fake Reaction and this year he performed at The Melbourne Comedy Festival Roadshow in sold-out, 1000-seater theatres.   “A mighty fine comic” - The Guardian
“With looks, confidence, charm and great material; expect other comics to lynch him” - The Sunday Times