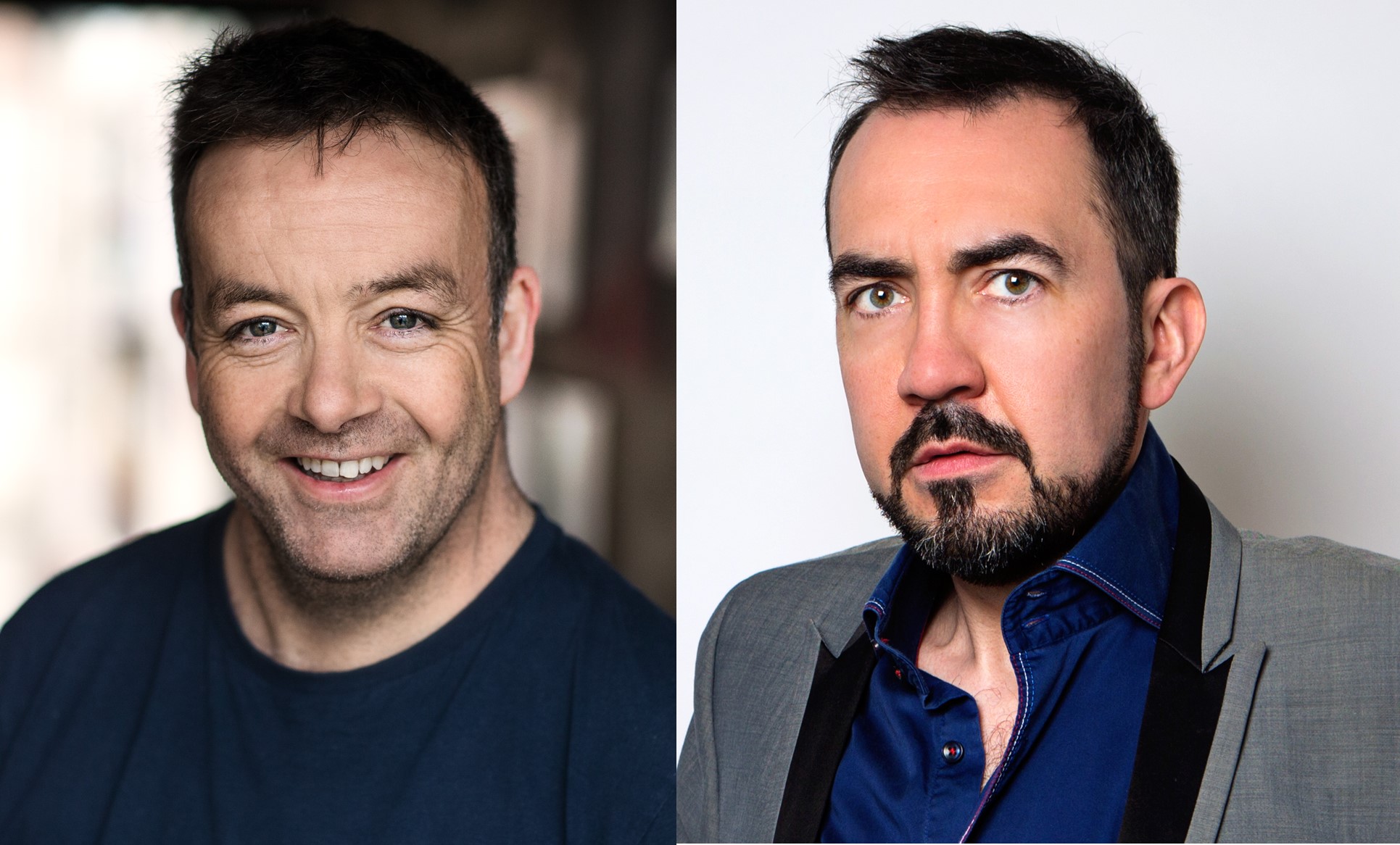 Our next show will also be full of contrast.... with Scotsman Stephen Carlin and Irishman John Colleary.  These two awesome performers have performed several times at our Comedy Nights, but with that kind of talent, one always wants more.

As seen on BBC’s “Comedy Underground” and Comedy Central’s “Alternative Comedy Experience”, Stephen Carlin has gained critical acclaim and a growing fan base with his original, insightful material and his accomplished delivery. He is increasingly expanding his following on the international comedy scene performing across Asia and Europe.

Chosen as one of Stewart Lee’s “Ten Best Stand Up Comedians Ever” Carlin has supported Stewart Lee, Stephen Merchant & Tom Stade on their British tours.

As always, Carlin’s art lies in his ability to quarry wildly original material from the most conventional of starting points. By taking run-of-the-mill observations and then applying his relentless but warped logic. This married to his exceptional use of language and his brilliantly opinionated broadsides make for memorable routines. All skilfully delivered in his deadpan Scottish brogue.

Stephen is an experienced writer and has written for many BBC Shows including the Now Show and the Newsquiz. He is the author of a Comedy Blog, which hilariously exposes the many facets of a life lived in comedy.

Apart from being one of the most in demand comics around, JOHN COLLEARY has also co written and starred in IFTA nominated shows, THE SAVAGE EYE(RTE2) and IRISH PICTORIAL WEEKLY (RTE1).

A talented actor and mimic, John recently featured as one third of The Gusset Brothers on THE TOMMY TIERNAN SHOW (RTE1).

Colleary has also scooped a PPI award for his topical sketch writing and performance on TODAYFMs drivetime flagship,THE LAST WORD.

A regular at KILKENNY CAT LAUGHS, VODAFONE COMEDY CARNIVAL and THE ELECTRIC PICNIC, to name a few,John Colleary is definitely one to watch.