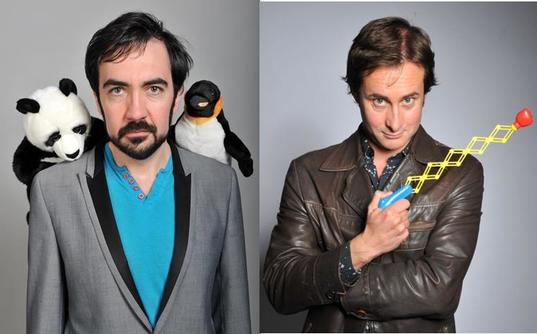 Another two incredible comedians for our next show!

Chosen as one of Stewart Lee’s “Ten Best Stand Up Comedians Ever”, Carlin has supported Stewart Lee, Stephen Merchant, Felix Dexter and most recently, Tom Stade on their national tours. Carlin has acquired a growing fan base and critical acclaim for his original, insightful material and accomplished delivery. This married with his exceptional turn of phrase and brilliantly opinionated broadsides make for memorable routines. All skilfully delivered in trademark deadpan Scottish brogue. His popularity is growing internationally with a international tour across South Africa and the Far East.

“Announcing the arrival of a new comedy original” Herald ★★★★★

“Laconic laced with Red Bull, material so thoughtful you would put your house on (him) reinventing the knock knock joke” Herald

“One of the most distinctive, and funniest, comedians in Britain” - Chortle ★★★★

“If this man isn’t a household name in five years time, the world is even more lacking in justice than we could have feared” - Scotsman

Paddy Lennox is a stand-up comedian and actor.

He has worked at The Shakespeare's Globe Theatre with Mark Rylance, slipped off this mortal coil in Holby City and been pulled faces in many television commercials across the EU.

Paddy earns a crust on the UK Comedy Circuit and plays all the great clubs:The Comedy Store, The Glee Club, The Stand, Barnstormers and many other clubs.

He lives in Hertfordshire and runs The Great Dunmow Comedy Club and The Laughing Bishops Comedy Club in Bishop's Stortford.

"A scream..." The Telegraph

​"Northern Irishman Paddy Lennox has some extremely funny material. I'm sure this guy has a great future."one4review.com****

​Paddy Lennox, who not only does a great job rousing the audience but whose gentle Irish lilt belies a mischievous sense of humour. Comedy the way it should be: a laugh-a-minute which leaves the audience wishing the show was just a little bit longer. Fest Mag****