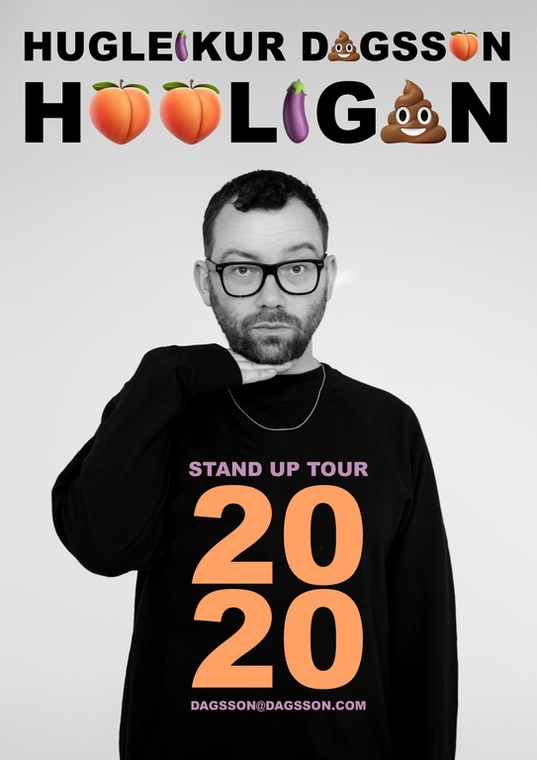 One of our best shows in 2019, Dagsson is back in Brussels with his new show, Hooligan!

Hugleikur Dagsson was born in the winter of 1977 in the northern part of Iceland. Since then he has been breathing oxygen and eating sharks to fuel his artistic tendencies. He graduated from the Iceland Academy of the Arts in 2002 and is now an established comedian, cartoonist.

screenwriter and director. He has published around 30 books, mostly comics or cartoon collections with focus on dark humour. He has written

3 plays, directed his own animated TV series and is also in a boyband.

He has been doing stand up comedy in Iceland for a decade and taped three stand up specials. His style has been described as "filthy but friendly". His material includes the benefits of drug abuse, the laughter of cats and the depression of beauty queens. Be prepared for a crazy night.