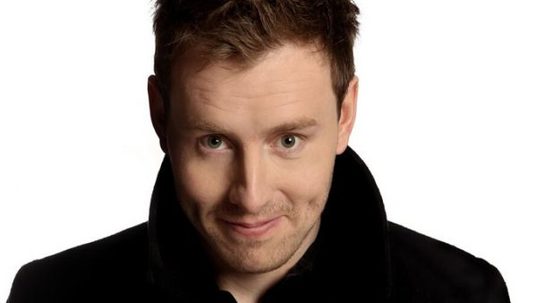 Irishman Andrew Ryan is one of the most exciting talents in recent years; in demand as an act and an MC at the biggest comedy clubs across the UK & Ireland.

In 2015 he was at the Edinburgh Festival with ‘Perfectly Inadequate’ selling out his run at the Festival and having to put on extra shows. ‘Hard not to enjoy’ ★★★★ Daily Record.

In 2018 he won ‘BEST NEW SHOW’ at The Leicester Comedy Festival with his new show ‘ Is everything alright at home?’

Andrew has appeared on many TV shows in the UK & Ireland He has performed stand-up on BBC3’s Russell Howard’s Good News, Best of the Edinburgh Festival Live on BBC3, The Blame Game on BBC 1, Live at The Comedy Store for Comedy Central, Live for MIND on Comedy Central, The Six O Clock show on TV3 ( Ireland). Contributions to Golf’s Funniest Moments, Crickets Funniest Moments, When Chat Shows Go Wrong all for Sky 1.
In Ireland Andrew performs regularly in Dublin and has been invited to  perform at Kilkenny Cat laughs festival, Ivy Gardens in Dublin, Galway & Cork Comedy Festival.

Well acquainted with our Brussels crowd, Manu Moreau could be a bird or a plane. Well, if he’s up that high, he must be insane! From a small township to the big city, he’s been there, done that and sold the t-shirt. His first steps in comedy weren’t so long ago, but every step since has been closely monitored for your safety. His comedy works similar to cocaine: one line after the other, very addictive...