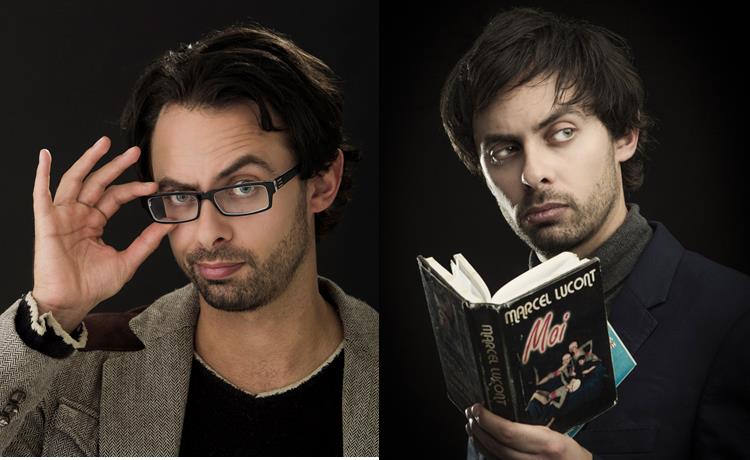 Entering this new year with an incredible show, check it out!
Marcel Lucont
Marcel Lucont is the multi award-winning laconic Frenchman whose dry wit, bawdy chansons and exquisite sex poetry have made him a star from Roubaix to Melbourne and back again. He was a series regular on two series of BBC3's Live At The Electric, as well as appearing on Russell Howard's Good News (BBC3), Set List (Sky Atlantic) and most recently, The John Bishop Show (BBC1).
He has performed several sell-out runs in Perth, Melbourne, Adelaide and New Zealand, where he has also appeared on The New Zealand Comedy Festival Gala (TV3) and 7 Days (TV3). A stalwart of the Edinburgh Fringe, he was awarded the Amused Moose Laughter Award in 2012. Marcel is also the author of the hit book What We French Think of You English and Where You Are Going Wrong.
"Fresh, accesible and hilarious" The Guardian
“Wonderful French wit … superb stuff … His elegant, sardonic turns of phrase are an utter joy”
Time Out
“Very funny… Quick-witted and exceedingly sharp”
British Comedy Guide
Alexis Dubus
Alexis Dubus is a London-based performer who's somehow got away with travelling the world talking nonsense and, more often than not, pretending to be other things.
He studied Philosophy and Psychology at the University of Warwick, where he became a member of the comedy sketch group Ubersausage, of whom a mildly embarrassing video exists somewhere online involving them and a man they genuinely believed to be from Kazakhstan.
These days you can find Alexis on the comedy, cabaret, spoken word and festival circuits, doing what he does. More of that below...