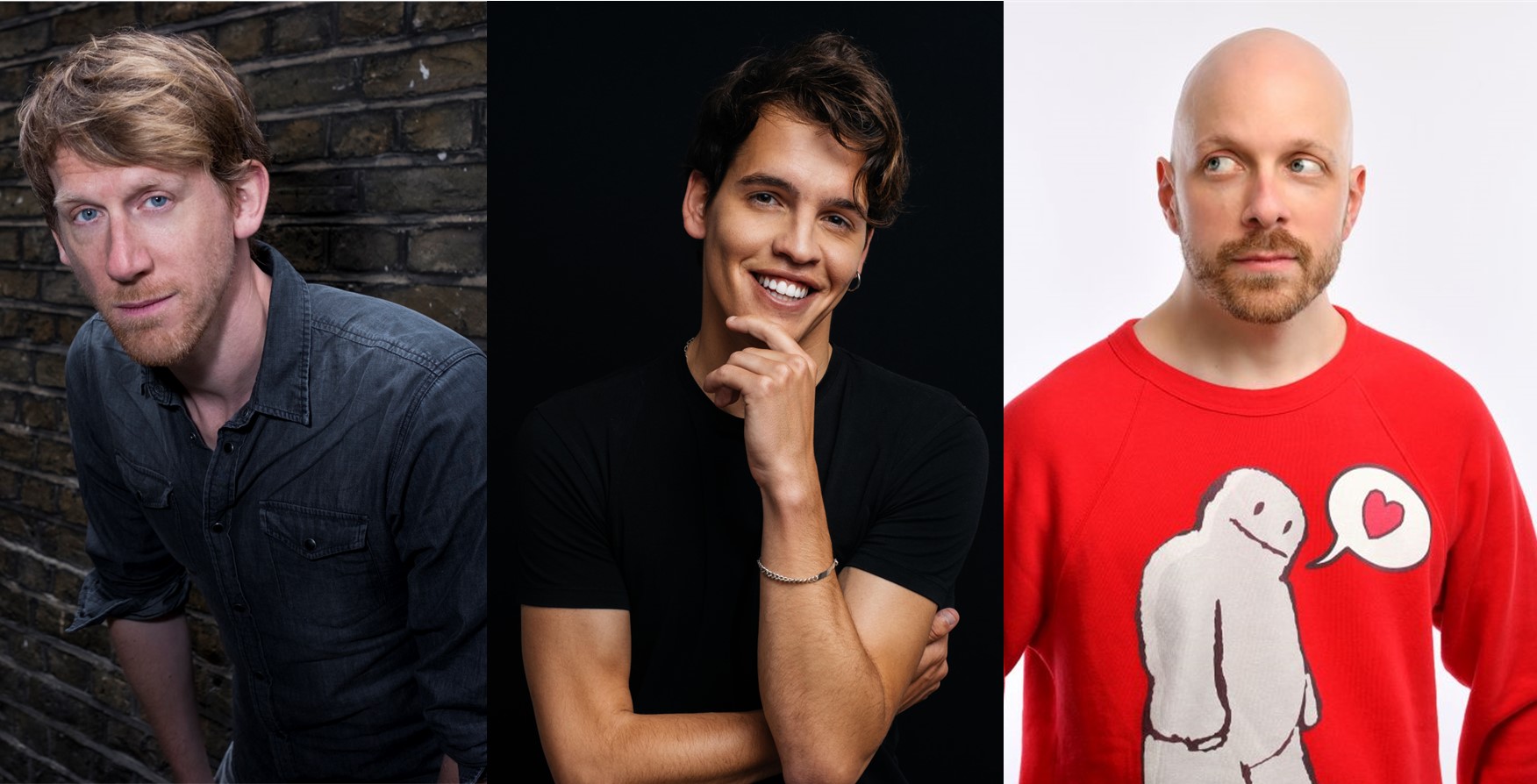 For this premiere we have an all star cast with Christian Schulte-Loh (Germany), Luca Cupani(Italy) and André de Freitas (Portugal), under the supervision of an ex European, Nigel Williams- the most Belgian of British comedians, or the most British of Belgian comedians, your pick.

One of Brussels' audience all-time favorite comedians.  And Brussels is his favorite audience too!

Christian Schulte-Loh is "German – but funny" (Der Spiegel). A truly international stand-up act, he is a regular at the biggest comedy venues in the UK, Germany and on the European circuit, on TV as well as at The Edinburgh Fringe Festival. The British press calls him "one of the most subversive acts ever." (The Spectator)

Luca Cupani was without a doubt the biggest revelation in 2021 in Brussels.  He left the audience aching with laughter.  He is considered the most British of the new generation of Italian comedians, not just because of his double citizenship (he has become British in 2020), but also because of his style and dry humour.

He regularly performs at the Edinburgh Fringe and in comedy clubs in the UK and in Italy.

London-based Portuguese comedian André de Freitas is the most international comedian from Portugal. At only 27 he has performed in over 20 countries and has done tour support for Grammy Award Winning comedian Jim Gaffigan.

André has been featured in films, Portuguese television (SIC, TVI, RTP) and in international channels such as Comedy Central UK, BBC, and Netflix. Often named one of Europe’s comedy rising stars, don’t miss this opportunity to see him!

Nigel Williams is one of the most famous standup comedians in the country. He is British but gained a huge success performing in Dutch. He has several sold out tours under his belt, and released a couple DVD's as well. He's a regular on TV shows and performs in all the major venues. Not the politically correct kind, but definitely one of the best comedians around. A must see!

Come enjoy it with us, and bring your international friends!